HomeNewsInnovative marine-based food products – is this the future?
News

Innovative marine-based food products – is this the future?

Did you know there are over 50 new products with marine ingredients ready to go on your table?

“Prediction is very difficult, especially if it’s about the future!”. (There are doubts about the authorship of this sentence, being a given that the Danish physicist and Nobel Prize winner, Niels Bohr said it). This article is not intended to contradict the statement, but to leave a small provocation: will the marine base be in the future trend of innovative food products?

First, we would like to differentiate “Novel Food” from “New Food”. In summary, we can characterize as novel foods (or new ingredients) those not eaten in the EU, at a significant level, before 15 May 1997. These may be newly developed foods, foods that use new technologies and production processes, as well as foods traditionally consumed outside the EU (you can consult the novel foods catalog here.

Just as an example, we can mention some novel foods, such as chia seeds (agricultural products from third countries); rapeseed protein (extract from existing foods); UV-treated bread to increase vitamin D content (new food production process), oil rich in DHA, docosahexaenoic acid, one of the three fatty acids that form omega 3 (produced from microalgae), and more recently, the placing on the market of the dried larva of Tenebrio molitor (insect) was approved. These food products are legalised in Regulation (EU) 2015/2283 on novel foods, as well as in Regulation (EU) 2470/2017 establishing the Union list of novel foods, in accordance with the previous regulation.

Novel foods come up on the market as a response to consumer demands, motivated by new eating habits (fast food), food intolerances (gluten), religious beliefs (kosher), sustainability or simply to increase the pleasure of the palate with new formulations or recipes.

How could this trend have arisen?

The reason given for this trend could be the benefits of seaweed and fish. Algae are rich in essential nutrients and minerals. Their composition helps to improve bone health and blood pressure, as well as strengthen hair, skin and nails, and boost cognitive and brain functions, good kidney function and increase satiety. On the other hand, fish, in general, is rich in omega 3 fatty acids, which provide cardiac and cognitive benefits. Associated with these nutritional characteristics, consumers are concerned with environmental sustainability, in reducing the consumption of animals by replacing them with algae or microalgae with the irresistible taste of the sea.

We assume that the main reason for this trend is well-being, health, and sustainability, which increasingly go hand in hand, reflecting people’s concern for their own health and the health of the planet.

Where can we find these products?

As above mentioned, the marine base, more than a fashion, is a future trend of novel food products. We can already count on more than 50 products on the market, recently launched, with the addition of algae, microalgae or other ingredients of marine origin. Examples of some of these new foods are pasta with various sea flavors, hamburgers and other side dishes, seaweed as fresh or dehydrated ingredients, pre-prepared meals, snacks, cookies, preserved food, seasoning and even baby food.

The existence of new marine-based food often comes up from ideas and challenges presented in national and European competitions, promoted by universities or research centers.

For over a decade, higher education and research institutions have been developing some delicacies, such as sea bread, artisanal seaweed and kefir ice cream, limpet pate with arbutus and mackerel meatballs, pesto sauce with lupine and microalgae, yellow Chlorella tartelette, ice cream based on almond drink and vegetable cream with wakame seaweed crips, and many other products, some of which are already on the market.

Another strong evidence of this trend is the products presented in the European competition for new food ideas, the Ecotrophelia. Nationally, Ecotrophelia selects 10 products for competition. In the last three editions, the products chosen included foods with at least one marine-based ingredient (one in 2019, four in 2020 and one in 2021).

Check out our selection of new food products already available on the Portuguese market: 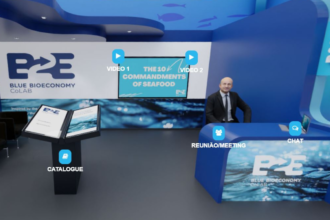 B2E at Expo Fish Portugal: creating a sea of opportunities with 12 institutions 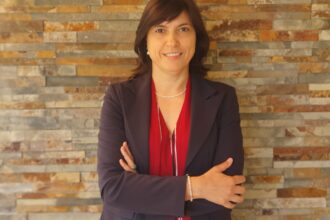 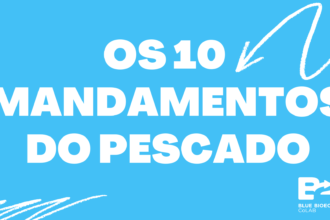