HomeeventsBlue Bioeconomy Portugal booth, powered by B2E, is one of the most visited at Aquaculture Europe 2021 in Funchal
events / News

Blue Bioeconomy Portugal booth, powered by B2E, is one of the most visited at Aquaculture Europe 2021 in Funchal

Dozens of commercial and scientific contacts and various promotion initiatives have made Blue Bioeconomy Portugal collaborative booth, promoted by B2E CoLAB, one of the most visited of Aquaculture Europe 2021 edition, in Funchal, between October 4 and 7. The booth was also visited by the Minister of the Sea Ricardo Serrão Santos and the Regional Secretary of the Sea and Fisheries Teófilo Cunha, invaluable opportunities to talk about our participants institutions and companies.

As one of the biggest European aquaculture events, with an estimated participation of 1200 visitors, Aquaculture Europe was the perfect occasion for B2E to participate as promoter of the collaborative booth and of the Pavilion of Portugal, an unprecedented and exclusive Portuguese area promoted by our CoLAB.

As the Pavilion of Portugal organizers, we also boosted the presence and dissemination of a national prestigious group of Portuguese aquaculture representatives, including INESC TEC (stand 115), Sparos (stand 117-118), Marismar (stand 104), Necton (stand 106) and Seaculture (stand 103). B2E presented a dedicated program with several initiatives and coffee-breaks, offering free coffee, water, “pastéis de nata”, as well as Madeira’s bananas, wine and rum to all the Portuguese Pavilion participants and their clients, creating a very fruitful networking between all tradeshow exhibitors and visitors.

An additional appreciation note to all the partners, institutions, companies, sponsors and teams that were a part of this initiative, in a joint and national exhibition, unprecedented in this event. See you next year, for the next Aquaculture Europe edition in Rimini (Italy), between September 27 and 30. 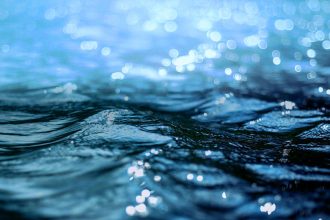