Aquaculture is not the ‘bogeyman’

“Aquaculture, and in particular Portuguese and European, is not the ‘boogeyman’. It is an ancient practice, started by the Japanese, Egyptians and people of Hawaii and if, it is explained in a simple, rigorous and captivating way to our children, they will be more informed, interested and empowered and therefore, less permeable to myths and prejudices”, explains the Technical-Scientific Coordinator of B2E Elisabete Matos.

Each vowel represents a keyword

The campaign consists of various digital media, including a general video available on CoLAB’s social media (Instagram, Facebook, LinkedIn) and website, which will be shared nationally, including within the Escola Azul network and institutions linked to the sector.

In the general video, each vowel A, E, I, O, U is associated with a keyword that starts with the respective vowel, as shown.

Every week, additional videos are being released on each of the below-mentioned topics: “Aquaculture”, “Species”, “IMTA and Production Systems”, “Omega-3” and “Universities”.

A – corresponds to Aquaculture, which is defined as “the cultivation of fish, shellfish or plants, in water”

I – designates IMTA (Integrated Multitrophic System), an aquaculture production system “where food waste of one species is recycled and becomes food for another species”

O – corresponds to omega-3, whose main source is fish, is present in seafood produced in aquaculture, and “is an essential fat for us to be healthy”

U – refers to Universities and respective training in the area. Available from north to south of Portugal, these university courses pave the way for possible careers in the area, ranging from “marine biology” to “research”, “fish production”, “diving”, among others.

Every week, a new video was released on each of the above-mentioned topics: “Aquaculture”, “Species”, “IMTA and Production Systems”, “Omega-3” and “Universities”.

B2E works on Literacy for all ages

“After we launched the “Oh No! After all, It’s a Myth” campaign, in which we clarify Aquaculture myths, based on scientific facts, and the Digital Guide “The 10 Commandments of Seafood“, with useful tips to keep in mind when buying fish, that reached thousands of people, we considered that it was time to bet on a younger audience, thus covering a large – and fundamental – sector of our society”, says Elisabete Matos.

These two campaigns were recently approved and selected to be presented at the Ocean Decade Satellite Activities event, sponsored by the German Federal Ministry of Education and Research, in partnership with UNESCO. 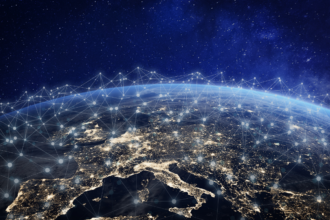